Bogotá was a rather short stop for us. We arrived at the bus terminal in the early morning and made our way to the hotel in the Zona Rosa district. Of course the room wasn’t ready yet and we had to wander around the streets and the nearby shopping centre until 3pm. In addition, it was raining several times and the clouds wouldn’t let us have a peek at the sun. So we decided to go to the cinema as we were in no mood for exploring and sightseeing after a night on a bus. Finally back at the hotel we planned to take a nap and later get out and have some dinner somewhere. About 16 hours later we woke up the next morning, hungry but well rested.

We are starting to become fans of the different cities’ free walking tours. It’s a great way to discover the more interesting neighborhoods together with a local. The fact that the guide’s remuneration is based solely on tips makes for a good incentive to keep up the quality of the tour.

As it was a rainy day, the tour consisted of on American, Barbara, the guide and myself. The walk concentrated on a district called La Candelaria, the historic centre of Bogotá. We visited a small market and tried some of the exotic Colombian fruits, we learned that Justin Bieber is responsible for a booming streetart culture in the city and we saw a few important and interesting buildings. 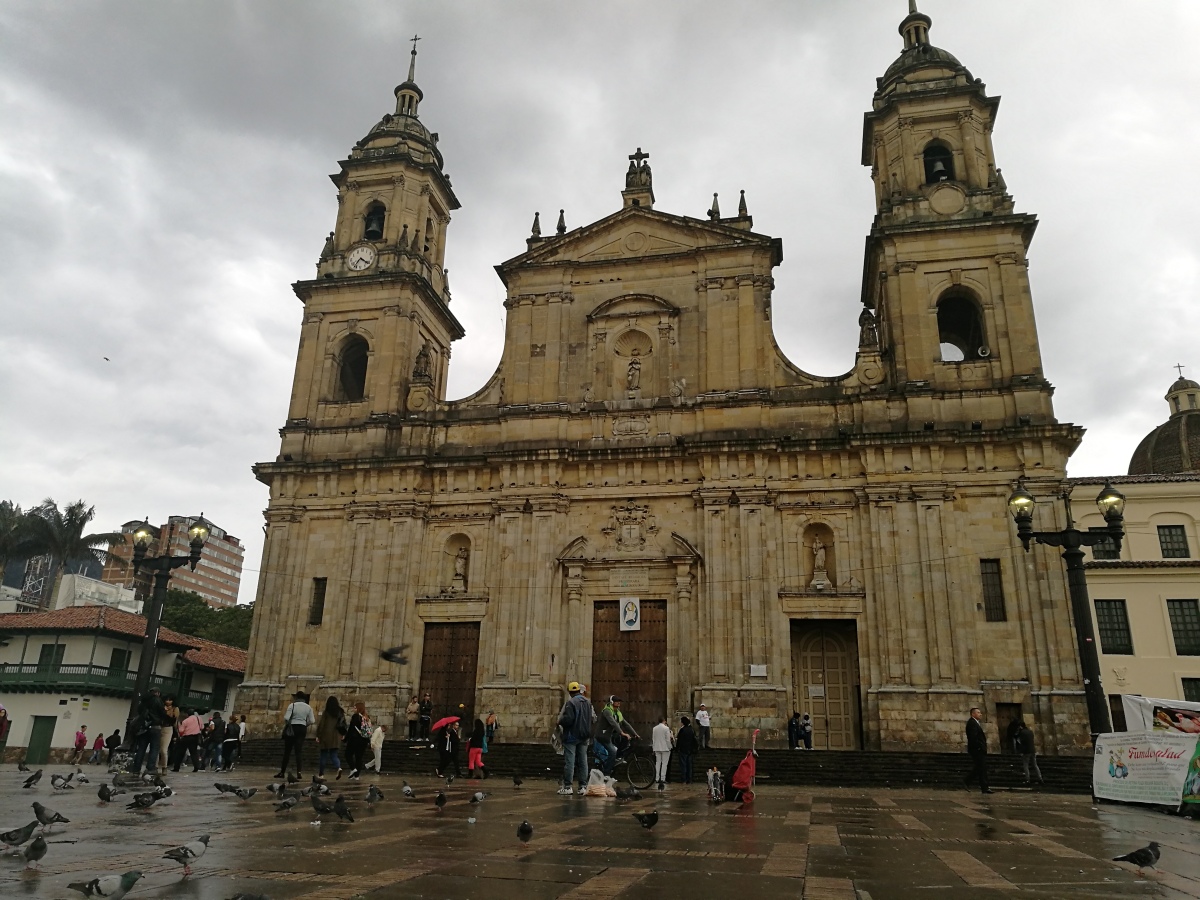 A reunion was planned for the evening; Barbara’s former co-worker Cristina, which worked with her in London at National Geographic, met us for dinner and drinks. She took us to Andrés, a huge four story restaurant split into hell, earth, purgatory and heaven. The place was fun and we got to eat some really good food. As foreign visitors, we got greeted with a crown for Barbara and a red and yellow sash (totally had to look that word up…) for me. And of course they played music and sang for us.

Then it was already time to pack our bags again. As Barbara had something special coming up in Brazil, she had a flight scheduled to Rio de Janeiro for the evening. Instead of paying the almost 500$ for her ticket, we managed to use some of our Star Alliance miles. But the only available fare was a business class ticket. Poor Barbara!
So after almost four months traveling together every day, it was time for us to say goodbye for some time, and it wasn’t easy. I will travel on through Colombia, Ecuador, Peru and Bolivia until we will see us again in Rio de Janeiro just before Christmas.

I wasn’t going to hang around in this rainy city and caught a bus to Salento, an idyllic town in Colombia’s coffee region. More on that in the next post.