The first overnight stop on the way from Lima to La Paz was Paracas. While the town itself, doesn’t have anything to show for besides a few bars, restaurants and hostels it is the starting point for visits to the Ballestas Islands, also called the poor man’s Galapagos Islands.

The bus arrived around lunchtime and we had the afternoon to chill out or enjoy some kind of activity. I opted for an hour at a wake park. After you get into the boots mounted on top of a wake board, a cable tow system pulls you through a large swimming pool, obstacles optional. It doesn’t take long for you to figure it out and have some fun. In the evening we met in the Kokopelli Hostel for pre-dinner drinks. Pretty quickly it became clear that most of us would be back there after dinner…
By the time we came back, the hostel bar had a drinking game going on, pitching all present nationalities against each other in a Jager-Bomb drinking contest. For the first time in my life I was actively supporting the German team as team Switzerland, consisting only of myself, would not have been a promising contestant. Three young German boys led the pack and as far as I can tell we won about 55 to fourtysomething against second placed USA. Classy evening.

The next morning we were off to Ballestas Islands. For 50 Soles each (about USD 15) a boat took us there. To be honest, I had imagined something slightly different. Instead, what awaited us was a few smaller Islands covered in bird poo of several dozen or even hundred kinds of birds. The only time you didn’t see bird poo was when there was a bird sitting on top of it. So while we cruised around these rocks with a smelly breeze in our hair I snapped a few pictures of lazy sea lions, pelicans and clumsy penguins.

Later the same day, I took the bus to Huacachina, an oasis in the desert, surrounded by high sand dunes. The program couldn’t have been more touristy; sandbuggy riding through the dunes and sandboarding down a few of them. Touristy it was, but also a hell lot of fun! The buggy driver was a suicidal nutjob racing up the dunes, throwing the buggy sideways and down a steep hill that let the passengers scream and maybe pee their pants a little. Before heading back down into the oasis, we sat in the sand watching the shadows getting longer and longer until the sun disappeared behind the dunes. 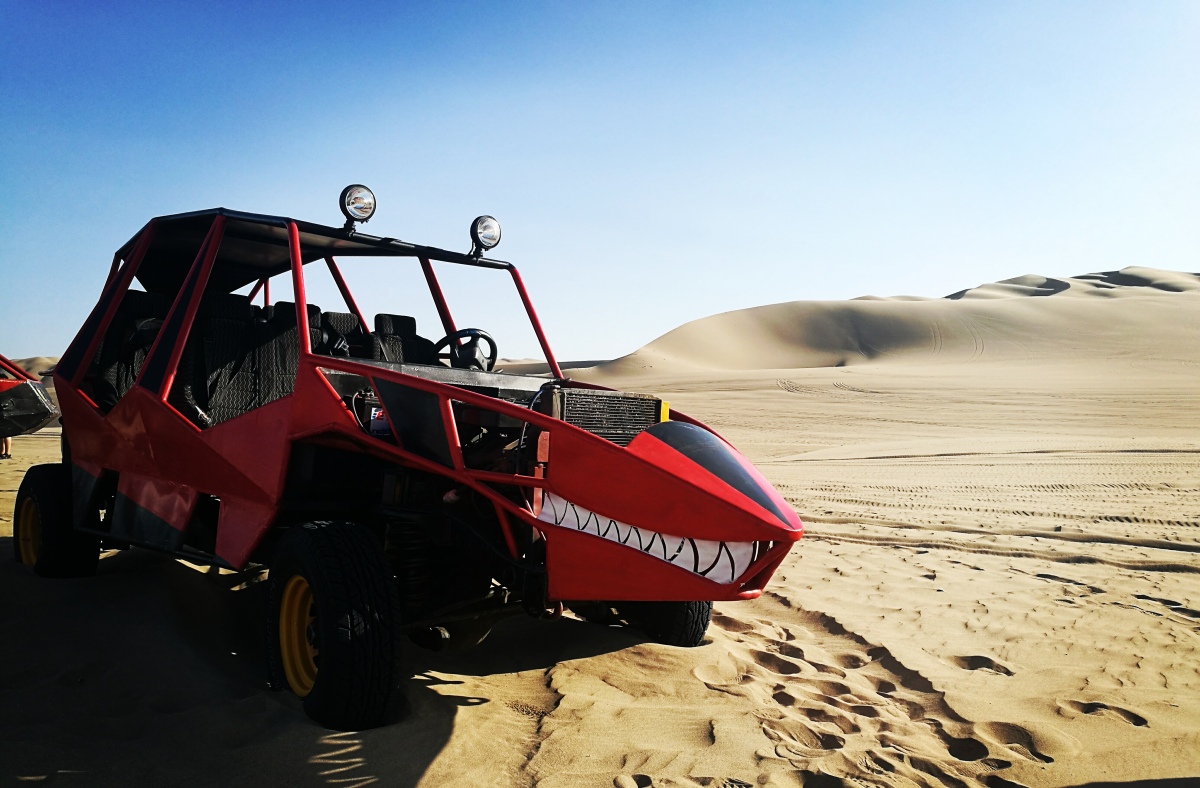 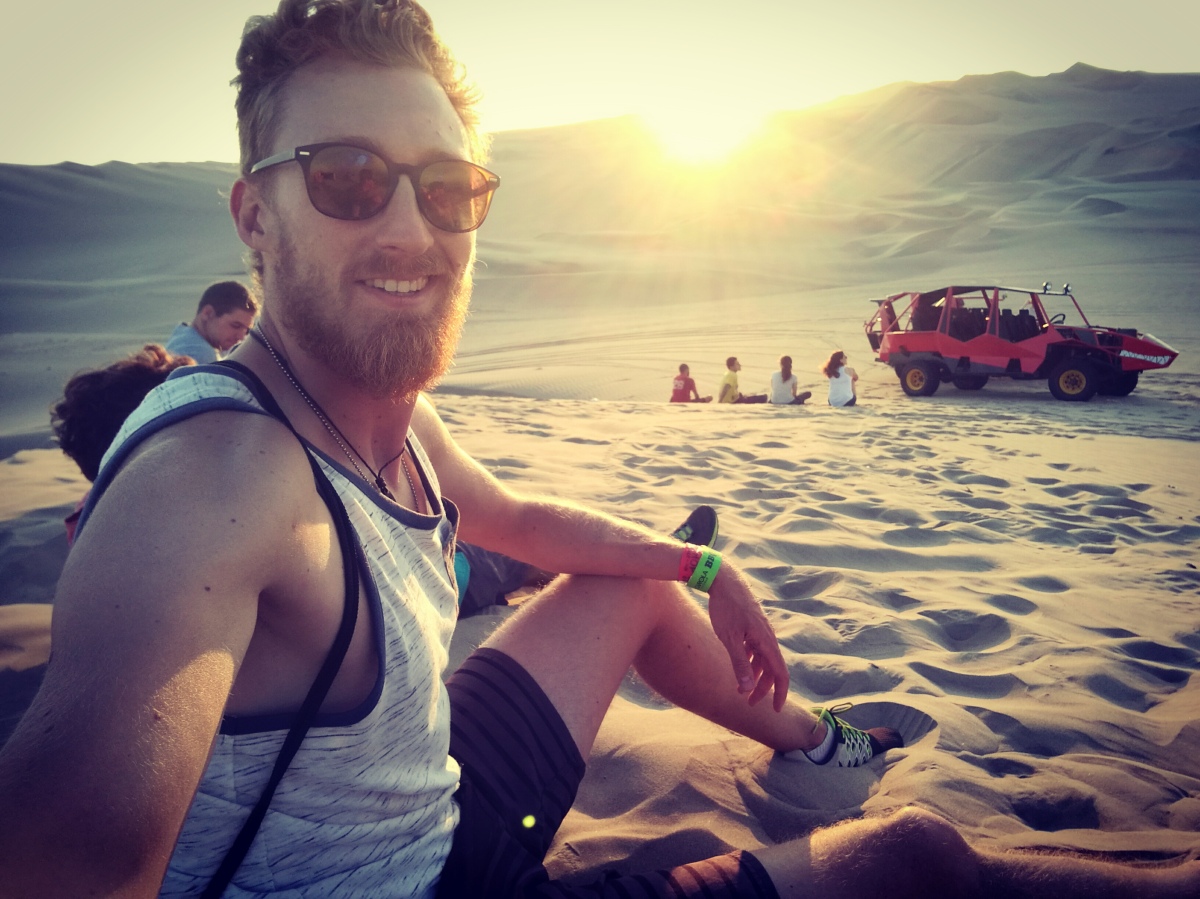 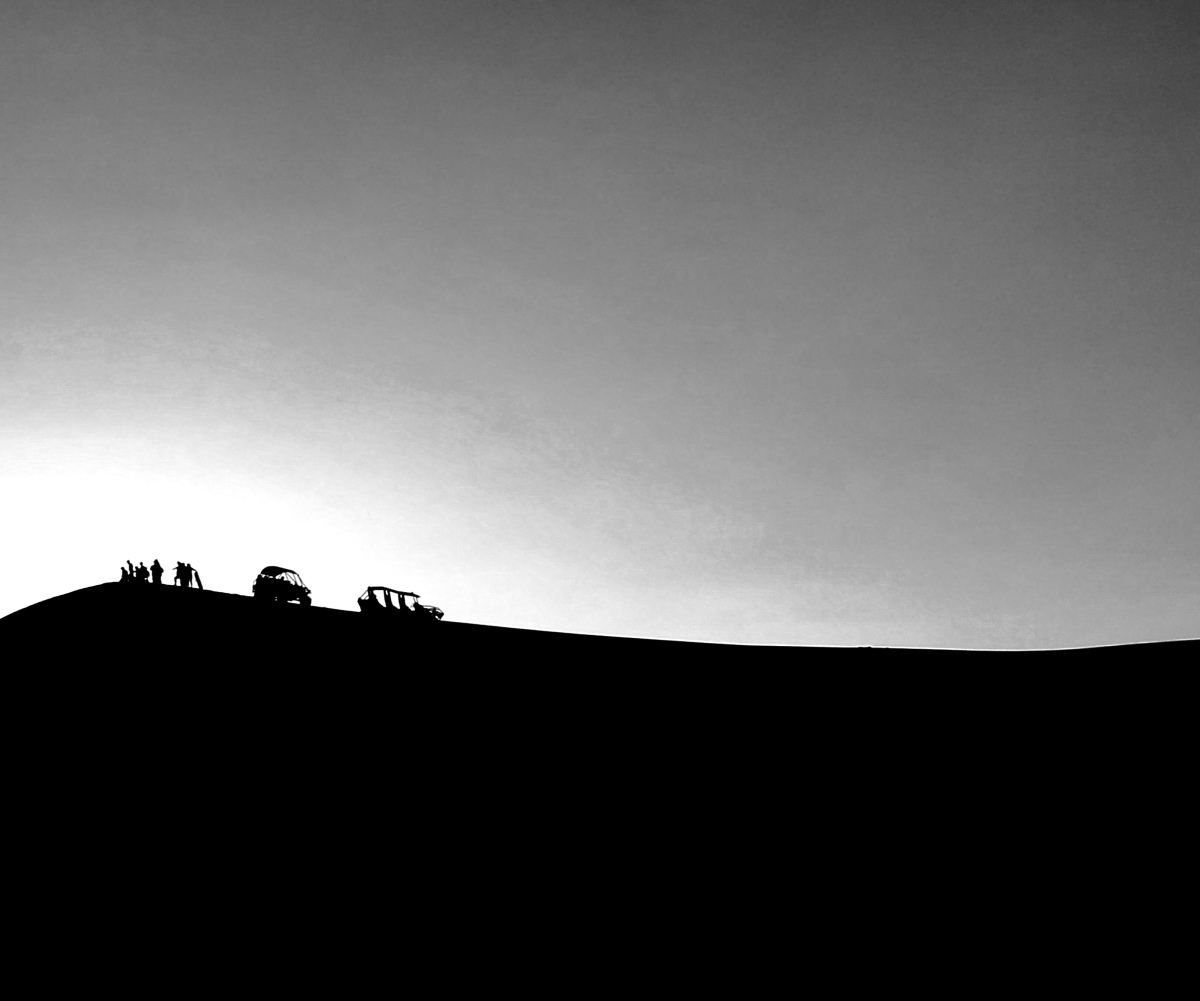 In the evening many of the group gathered for a barbecue and drinks. Peru Hop representative Nilo aka the Diva joined the group and led the bar crawl and made sure that the free shots kept flowing. But eventhough the night was long and the hangover considerable, everybody was accounted for by around 11 AM the next day, even the guy that slept on top of a nearby dune. As some Peruvians like to say: Huacafuckingchina!

After the night before, not too many were looking forward to the upcoming Pisco tasting in a close by winery. The tour was interesting anyway and who could seriously turn down a few sips of delicious Pisco?

Now it was time to move on. The legendary Nazca lines and much more are waiting for me in Peru. Hang on…