Now, before we dive into Brazil, where we would stay until the end of March 2017, I should point out the following: As we were travelling around and staying in both Rio de Janeiro and São Paulo several times, the Brazil posts will be organized by destinations, rather than chronologically.

I arrived in Rio on December 23rd, and while Christmas was just a few hours away, it was not what I was most looking forward to. After two months, I would finally see Barbara again!
Reunited, we spent a lovely Christmas with a ton of family at Barbara’s cousin Ana Cristina’s house where we practically lived throughout our repeated stays in Rio de Janeiro. There was music, a lightshow(!), a Secret Santa was organized, an actual Santa visited the children of the condominium riding on top of a pick-up and of course there was  a truckload of food. Quite different from European Christmas festivities, but a great party nevertheless.

The following days until New Year’s Eve can basically be summarized in three words: heat, barbecue and beer. With 38 – 42°C during the day, all physical activity that goes beyond lifting a glass of cold beer becomes incredibly exhausting and appears completely pointless. But even though I have been to Rio many times before, there is always stuff to be discovered. This time on the bucket list was getting to the top of Morro dos dois irmãos which offers great views over the city. So Fábio, Barbara’s lovely sister Gaby and I made our way to the trail which starts at the northeast end of a Favela called Vidigal. This community has been pacified and can nowadays be considered as relatively safe. The trail itself is quite steep and has several viewpoints along the way. It was so incredibly hot that day that it was impossible to drink water as fast as it left your body through your pores. But worse than the heat was the fact that the top was completely covered in clouds. Zero visibility. I was lucky enough to be around for quite some time, so I came back on my own a second time about two weeks later; and it was just beautiful to sit on the top and appreciate these incredible views of Rio de Janeiro. 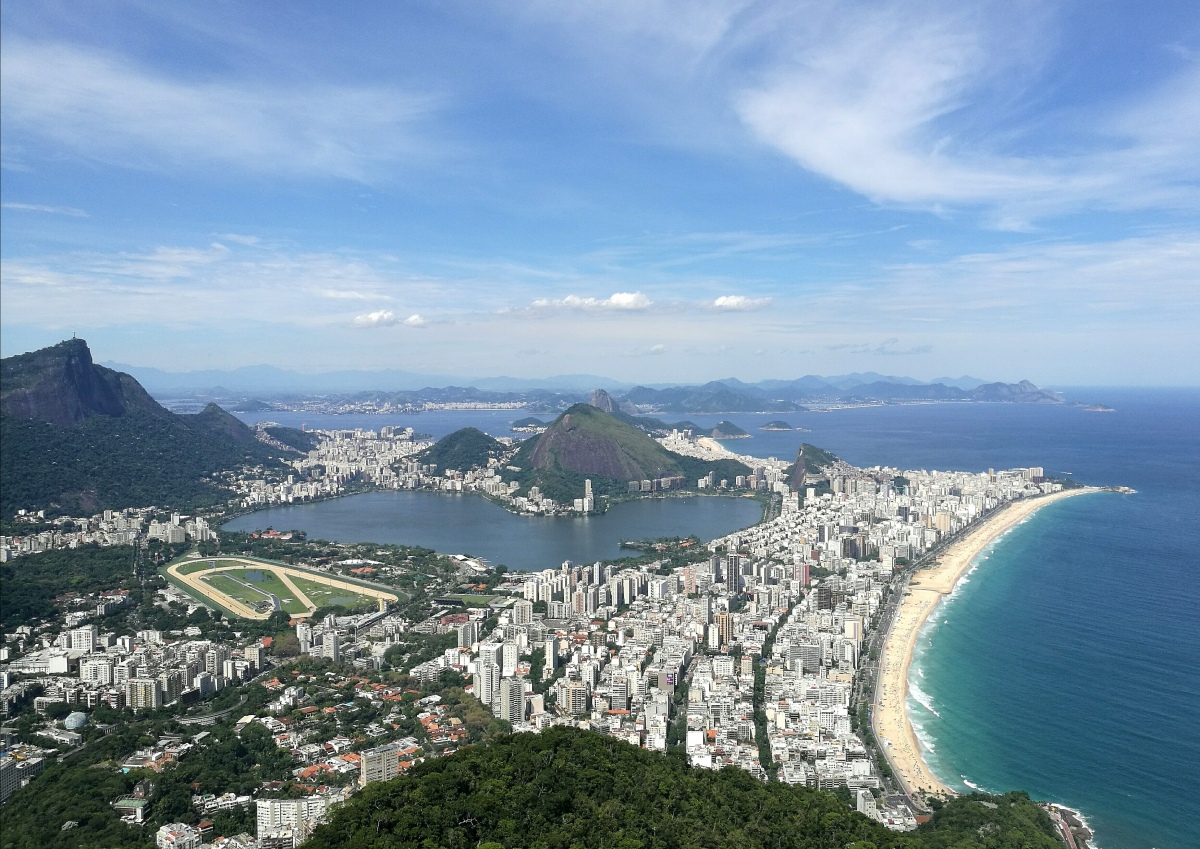 Then came New Year’s Eve, number two of the big events in Rio. The place to be on New Year’s Eve for gringos like me is Copacabana. Literally millions of people, many of which are traditionally dressed in white, and fireworks that illuminate the beach and the surrounding hills. Just don’t forget to hold on tight to your cell phone if you are keen on keeping it.

And then at the end of February, after intermezzos in the states of São Paulo, Minas Gerais, Santa Catarina and Paraná which you will read about in other posts, it was time for one of tbe biggest parties on the planet: Carnival in Rio de Janeiro. There are basically two different kinds of events: The famous and televised parade in Rio’s Sambodromo for which the best samba-schools of the city practice for most of the year and the so-called Blocos which are the central part of the common street celebrations. Some say the parade isn’t the “real” carnival, others are of the opinion that the Blocos are two crowded and dangerous. In my view, you simply have to do both.
Barbara experienced many carnivals already, so she thought it would be fair for me to have a chance and do this on my own. So Fábio, Matheus and I hit the streets and participated in Blocos in Copacabana, Ipanema, Botafogo and Barra da Tijuca. In Copacabana I once again met my friend Hejko. With his facial hair still uncut since I first met him in Alaska he was already past Reinhold Messner and going full Chewbacca.
On Sunday, February 26th 2017, was the day I finally got to be in Sapucaí, also known as the Sambódromo. The parade was as spectacular and flashy as always. Although we didn’t have the best seats, it was still amazing to witness Rio’s carnival in its full grandeur.
For safety reasons we didn’t bring cameras, so there are not many pictures of these days, but at least I got one or two. 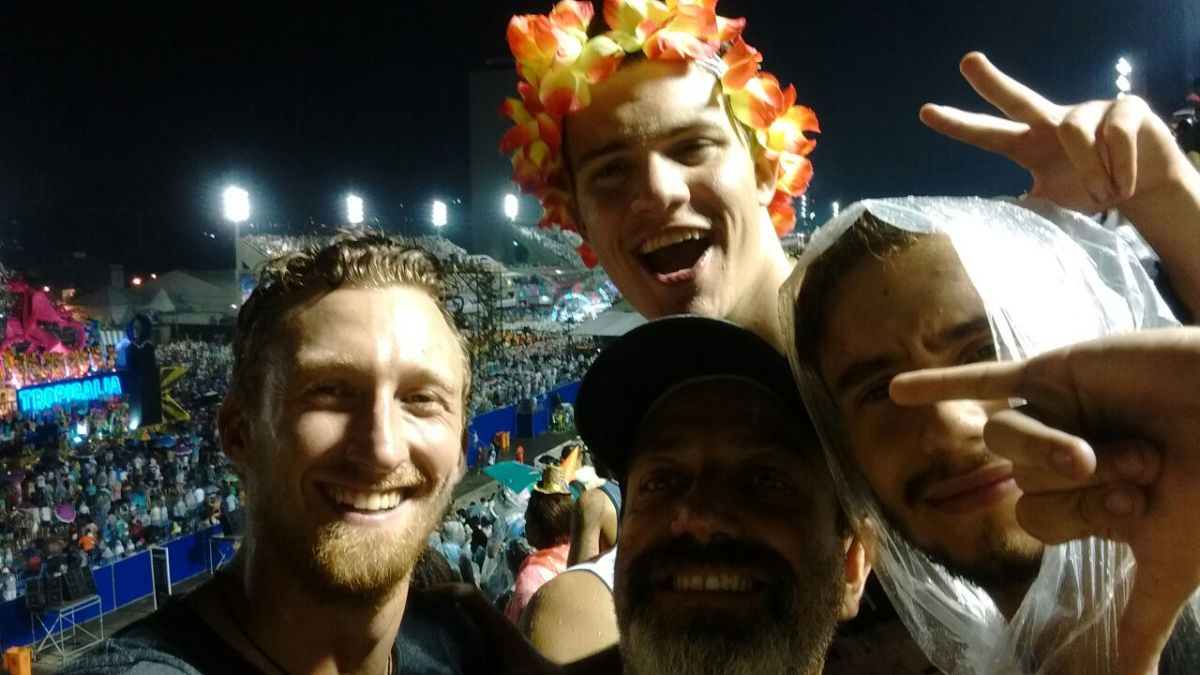 But there were some other opportunities in and around Rio de Janeiro to snap some pictures. Here they are… 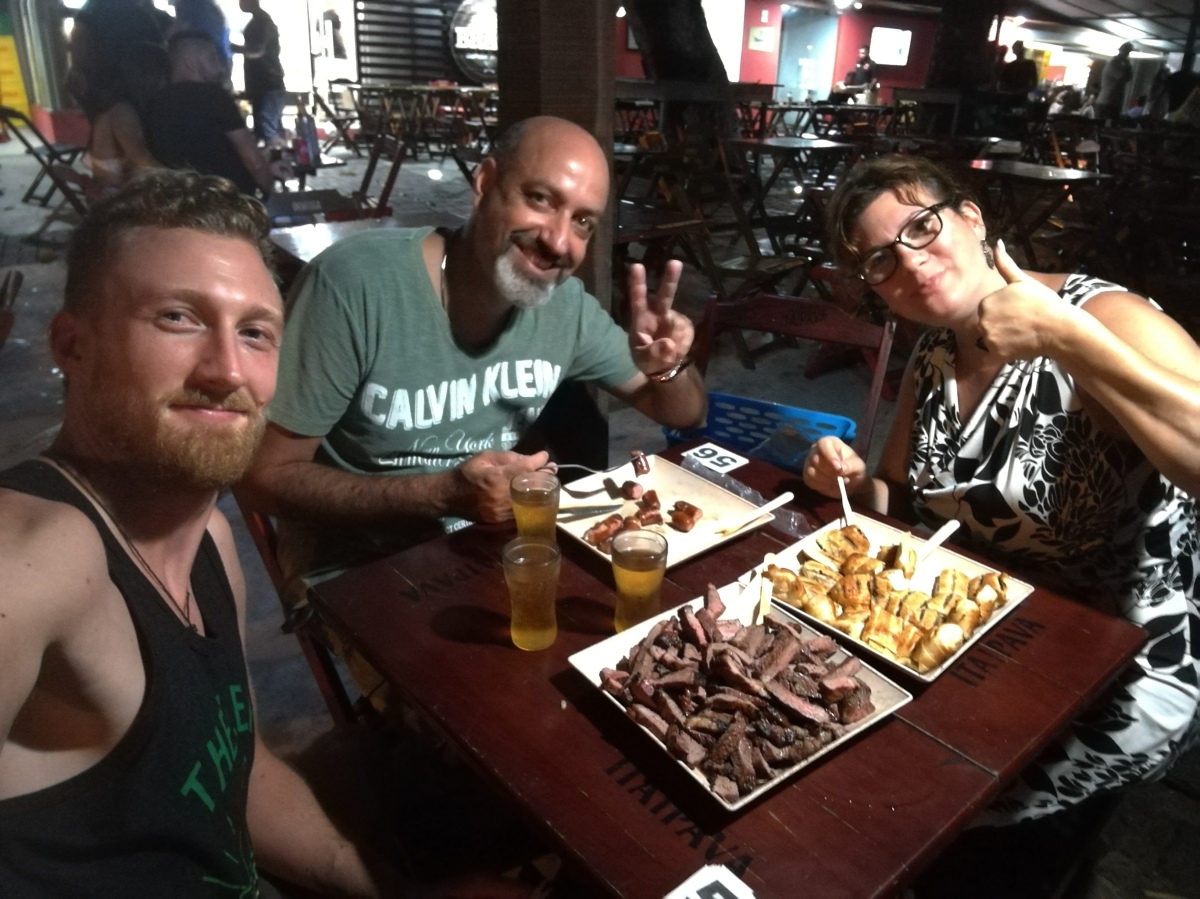 Next up is goint to be São Paulo and surroundings. We had a great time in the region meeting several friends and also family. Be sure to check it out! Abraços e até logo!