Barbara and I have both travelled extensively in the state of Minas Gerais on other occasions. This time around, we made two separate trips there; one to Bom Jardim de Minas and the other one to Capitólio.

Barbara, her sister Gabriela and I spent a few days at their mother Helena’s house in Mendes. From there, the four of us made the long and bumpy ride to Bom Jardim de Minas. We got rooms at the small hotel belonging to old family friends. As a teenager, Barbara’s family regularly spent time in and around the town. We visited the old bakery, the remarkable blind aunt Celi and her brother Jaci and we went for hearty food and local Cachaça (the Brazilian firewater made from sugar cane), quite a bit of Cachaça.

Around the small city, there are inumerous hiking trails and waterfalls. We visited a place called Toca and a taller waterfall named Boqueirão that could be reached after about 30 minutes of walking. Their friend Alessandra and her brother Maurilio who is promoting Ecotourism in the area with his agency MD Radical Livre accompanied us to Boqueirão. They haven’t met in many years, so the day was a good opportunity to catch up.

I thought that the road to Bom Jardim was rough at times, but it was nothing compared to the way to Parque Ibitipoca where we went the next day. The last 25 kilometres were dirt road with so many holes there was barely any road left. At one point, my passengers had to get out in order for the 1.0 Volkswagen Fox to make it up the steep and destroyed road. We were happy to finally reach the park and stretch out our shaken bodies. The hiking and the landscape around us were beautiful. In two loops, totalling just a little over five kilometres, there were several overlooks, various waterfalls and a few natural pools we could swim in. 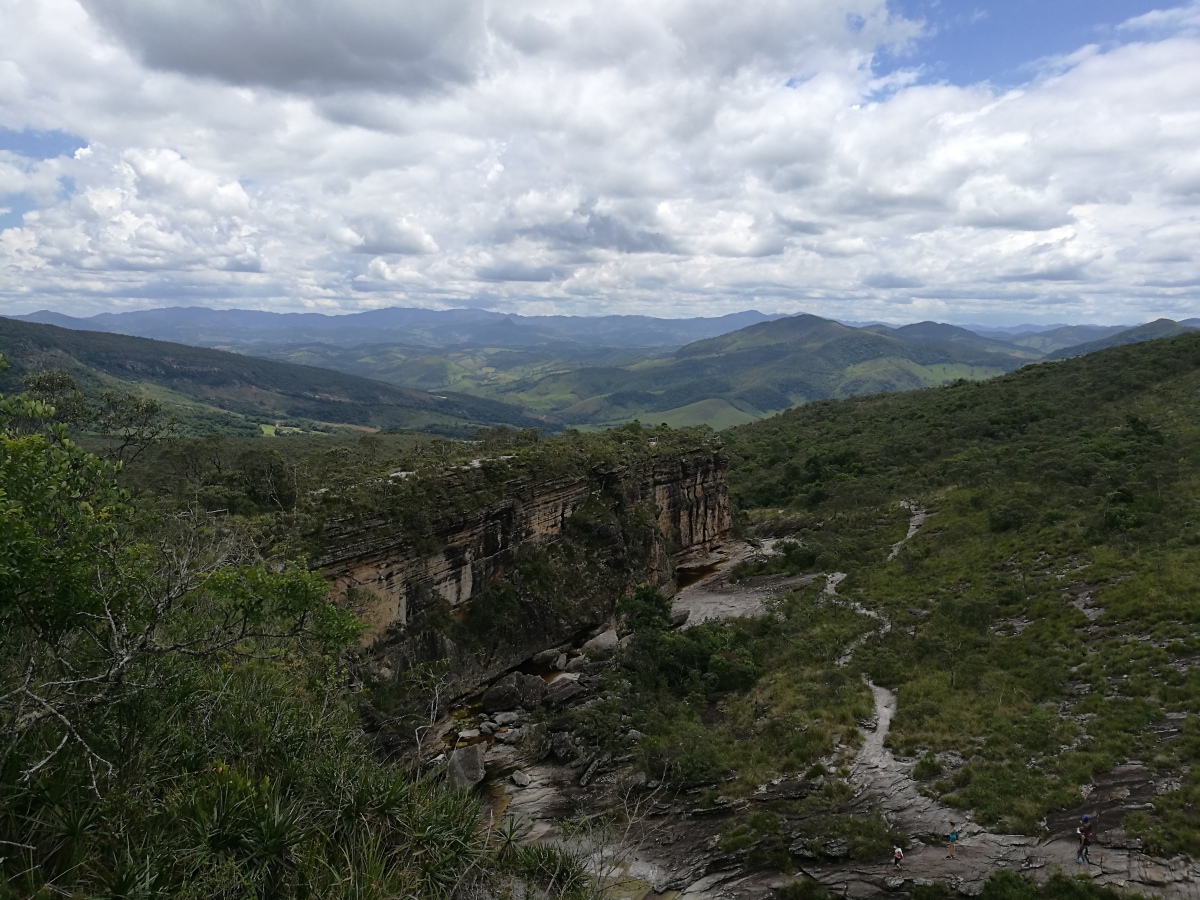 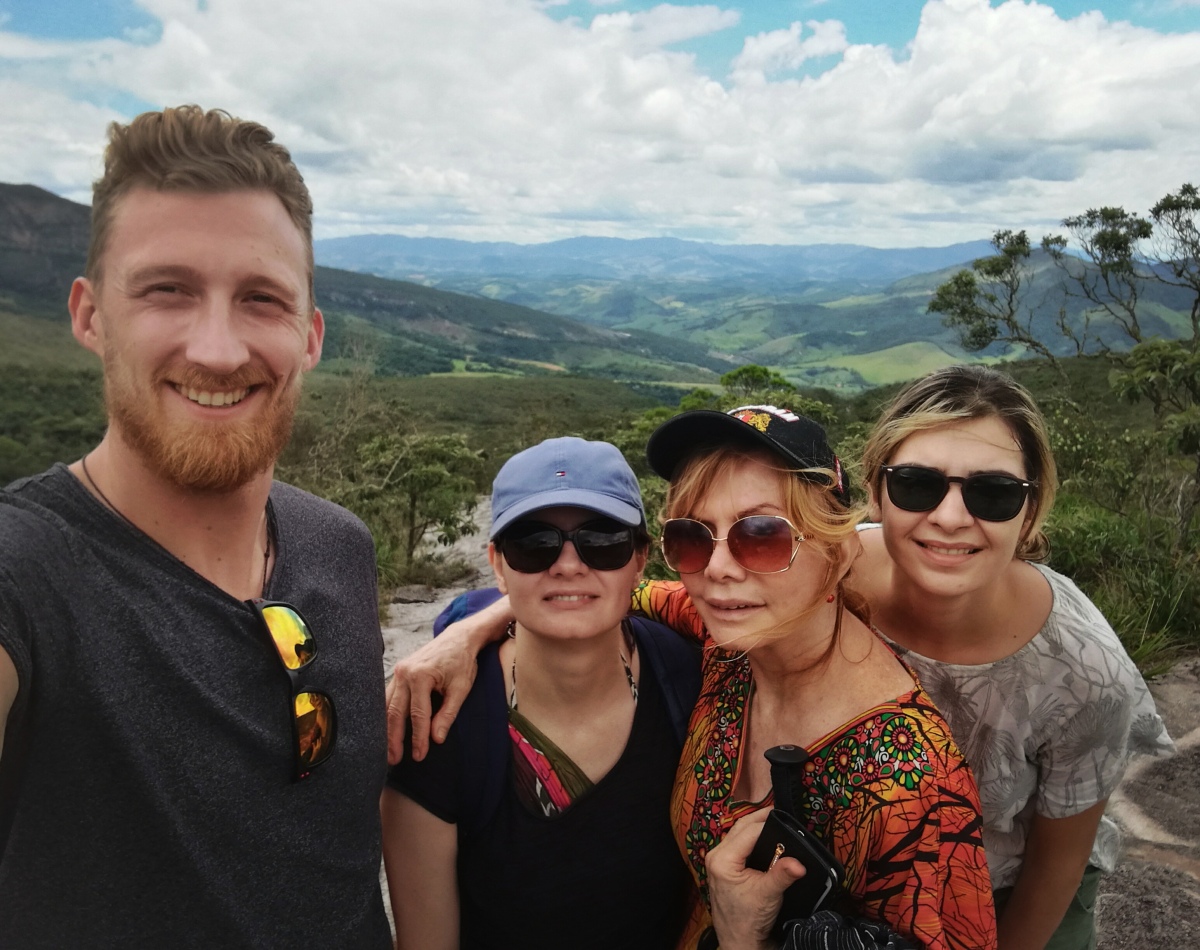 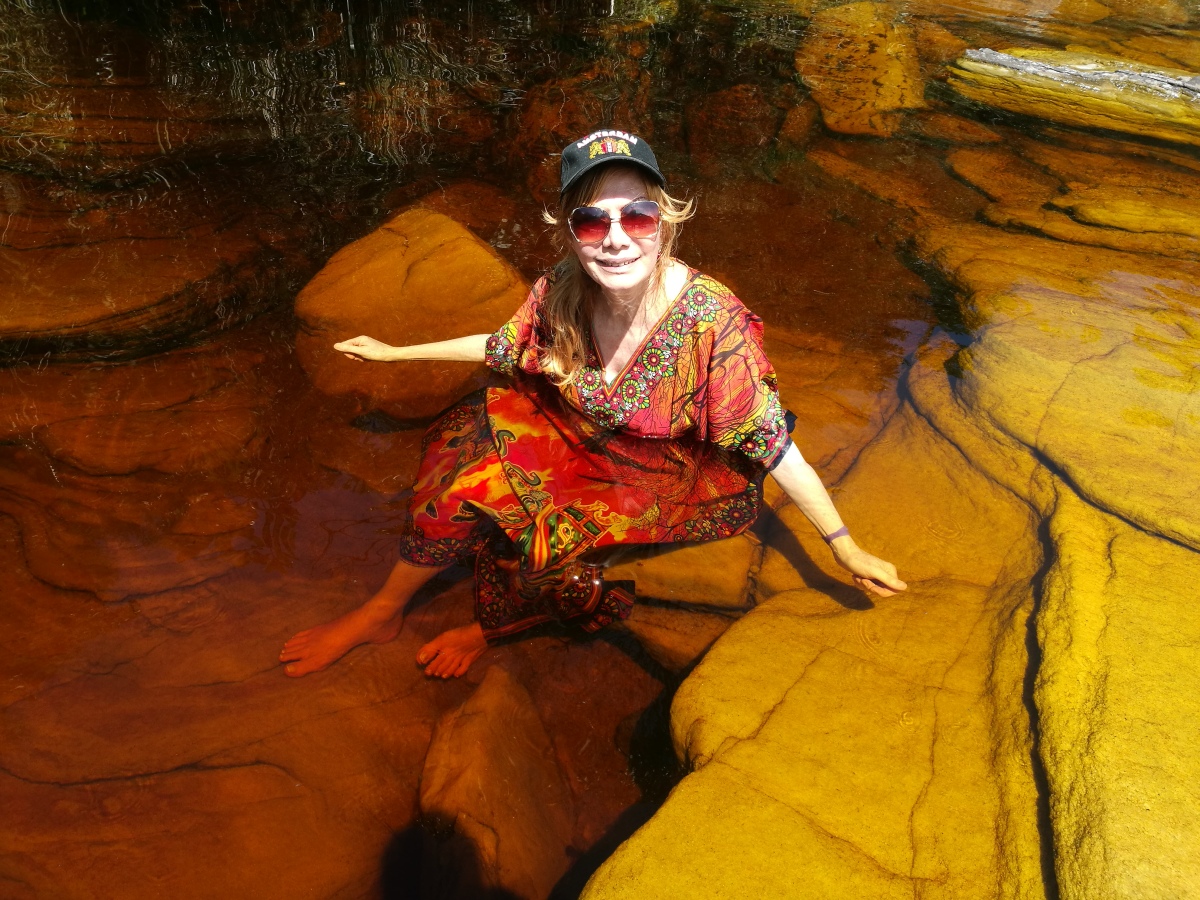 In the evening we organized accommodation in Ipitipoca, the small and charming village just outside the state park. For the next day, we decided to split the group in two: Barbara and her mom would stay in town while Gabriela and I would go to Janela do Céu, or window to the sky. We didn’t want to risk getting into one of the region’s common afternoon storms, so we had an early start, got some supplies from the bakery across the street and managed to enter the park just after it opened at 7 AM. With 18 kilometres of trail in front of us, we didn’t lose much time and started our ascend on the east side of the loop. Janela do Céu is located at the northern end of the park’s territory. The way led us up along a ridge that allowed for unobstructed views to all sides. 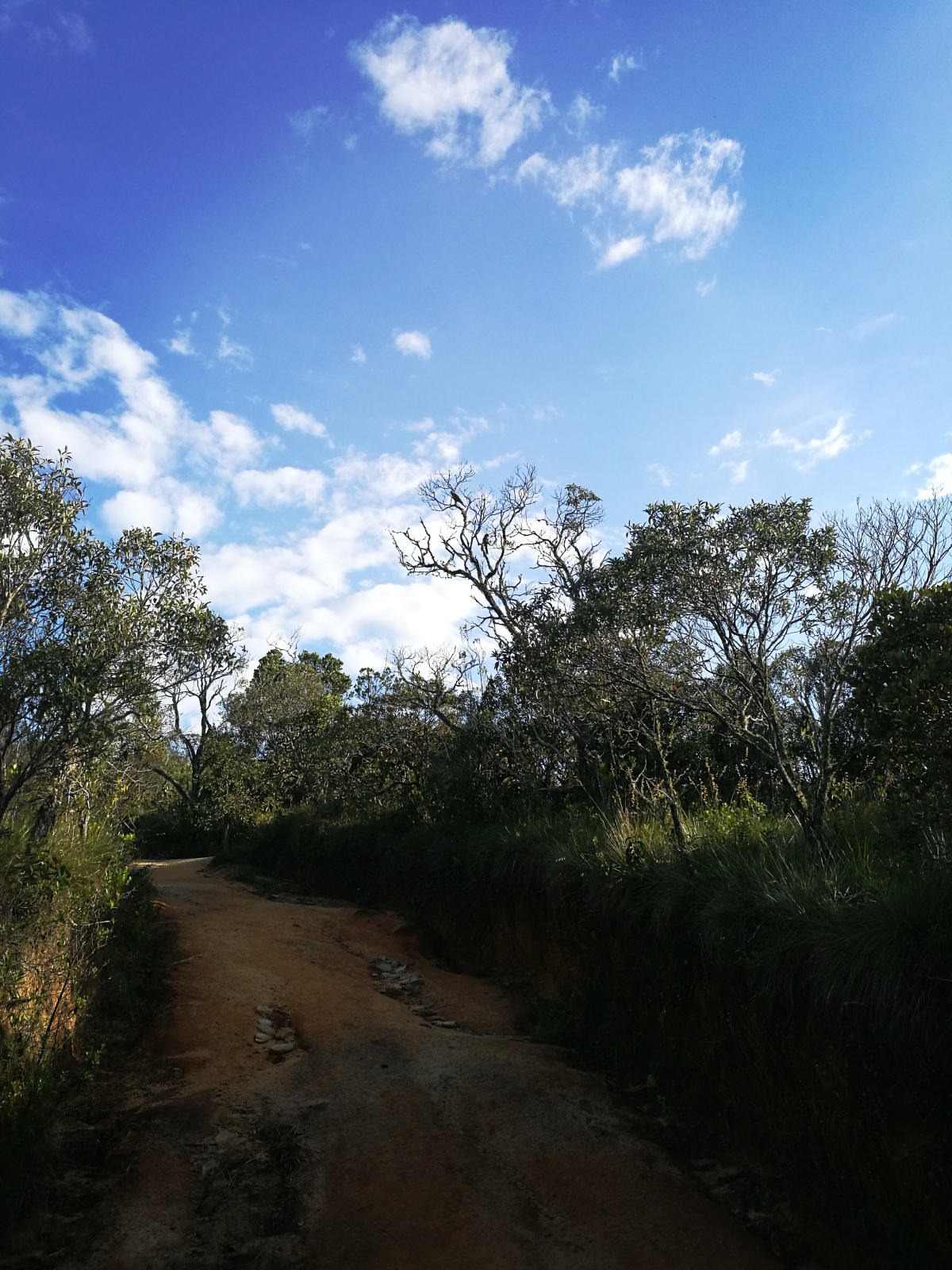 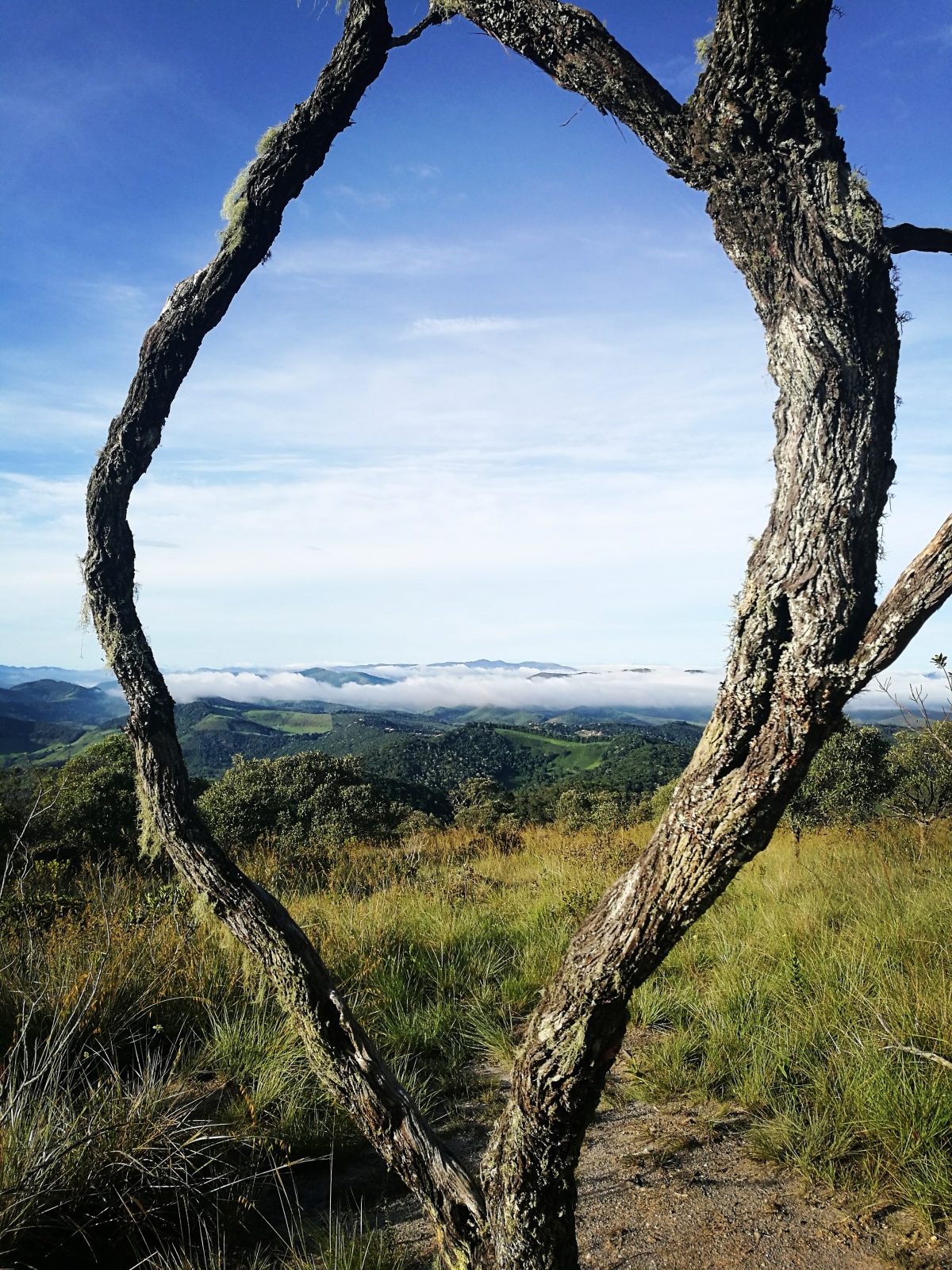 Only a short time before reaching our main attraction there are dozens of caves off the main trail. We went on to discover a handful of them. And then we finally reached Janela do Céu, a small pond giving way to a waterfall about 50 metres tall. The water was very cold, but Gabriela and I followed the stream meandering through the tight and steep little canyon for some time. And of course we took a few pictures of this remarkable spot. 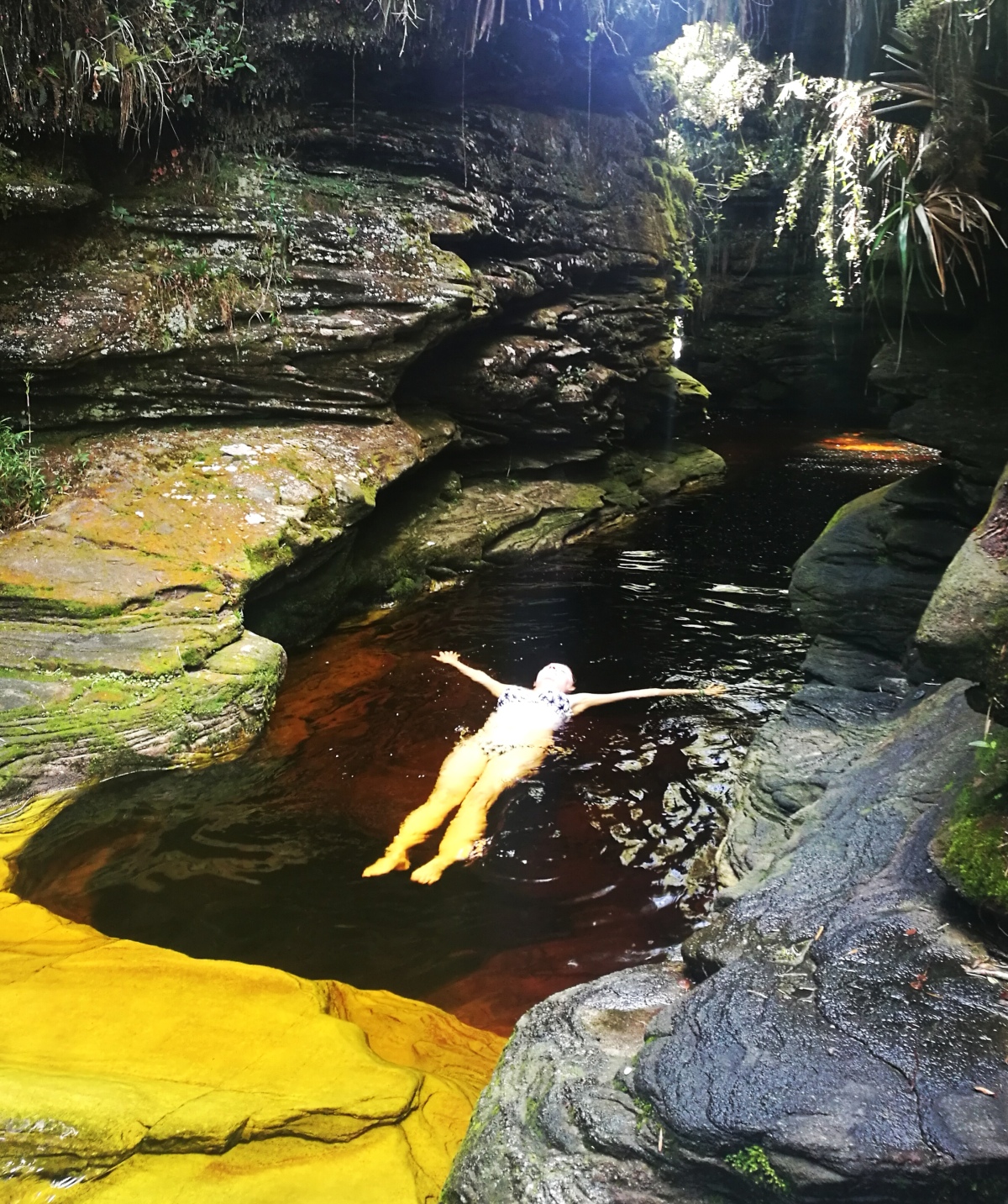 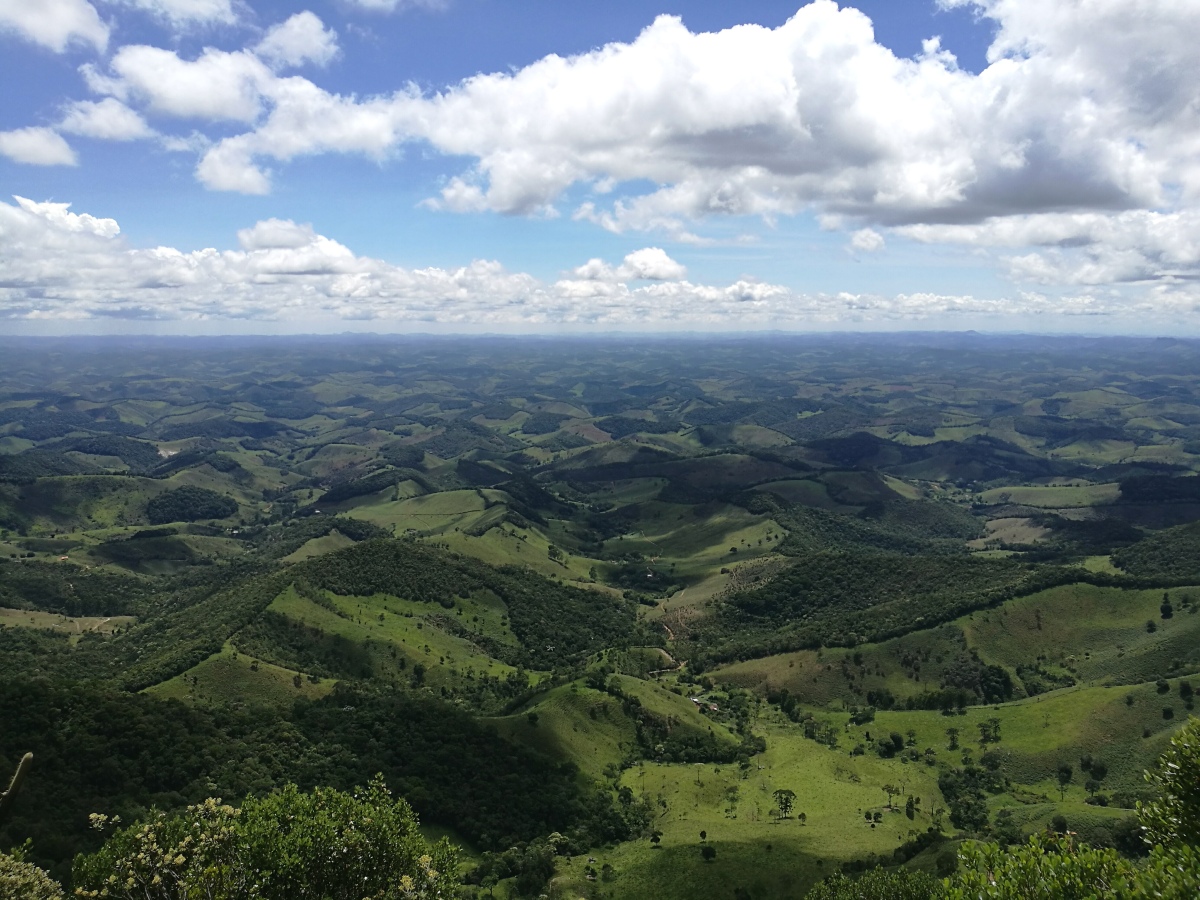 The way down on the western side was long and hot as the sun got stronger. We made it back to town by 2 PM. After lunch we packed up our stuff, loaded the car and drove all the way to uncle Luis’ place in Resende in the state of Rio de Janeiro. To finish off the day we drove to close-by Penedo for dinner at a German Restaurant. A storm came and it was raining heavily. By the time dinner was served there was thunder and lightning. Suddenly, the lights went out and our delicious meal turned into a candlelight dinner. Everything is well that ends well, they say…