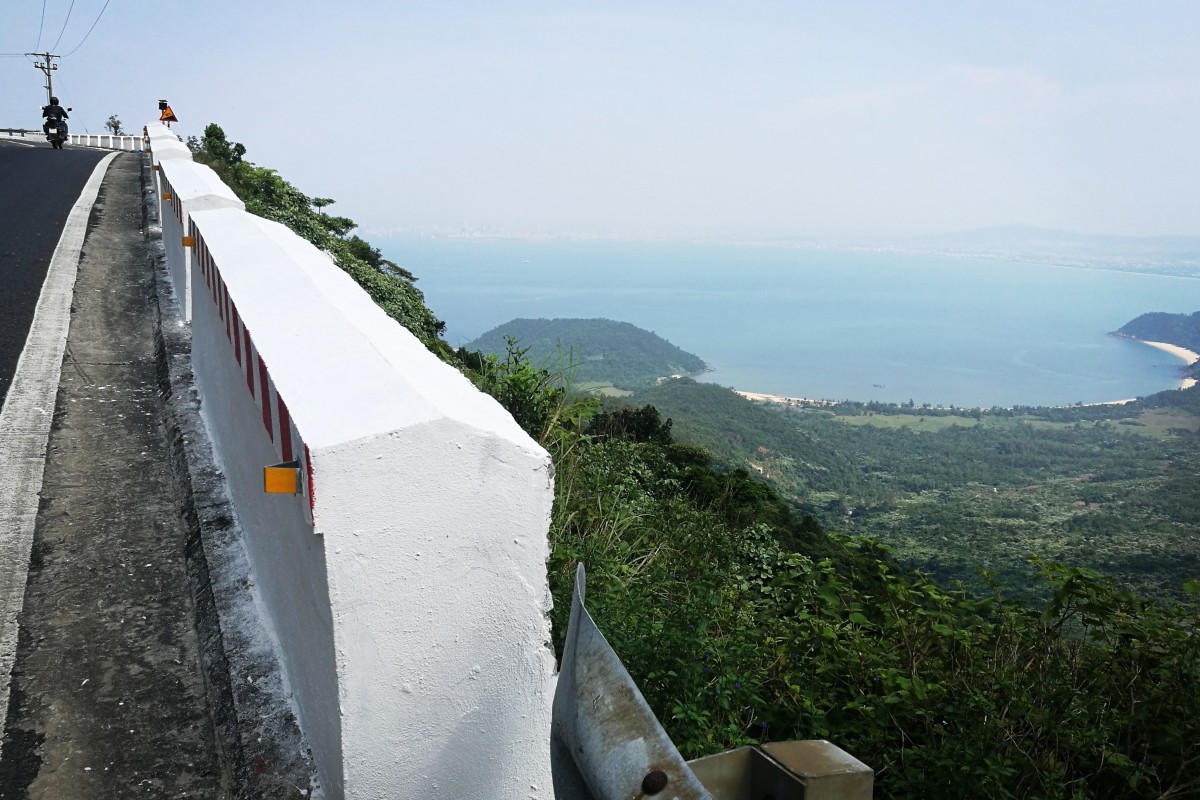 During our visit to Hoi An, Barbara and I learned that there are several attractions not too far away. The best way to discover the area it seemed, was to rent a motorbike. And that’s precisely what we did. The rental I found online turned out to be sort of a hidden gem; our bike was a new 150cc Yamaha, the helmets were also new and they even provided gloves and a local cell phone for emergencies. Well equipped, we dared venturing a day on Vietnam’s usually crazy roads, although I have to admit that once outside the more densely populated areas, it gets much better.

So we strapped on our helmets and off we went. Our final destination, or better the point where we would turn around, was the Hai Van Pass about halfway between Hoi An and Hue in the north. Leaving Hoi An, the road led us through smaller villages and rice fields before reaching the coast. The beaches around Da Nang, the city we would pass through on our tour and also the biggest one of central Vietnam, have become quite popular tourist destinations in recent years. It was impossible to ignore the large amount of first class resorts being built right now.

Our first proper stop was at Marble Mountains, a system of Buddhist temples and caves on top of a gigantic rock in the otherwise pretty much flat coastal area. The sun was strong and the heat brutal. Therefore, we decided to take the elevator up, and the stairs back down. We didn’t expect much and were amazed by the number and beauty of the things to explore. 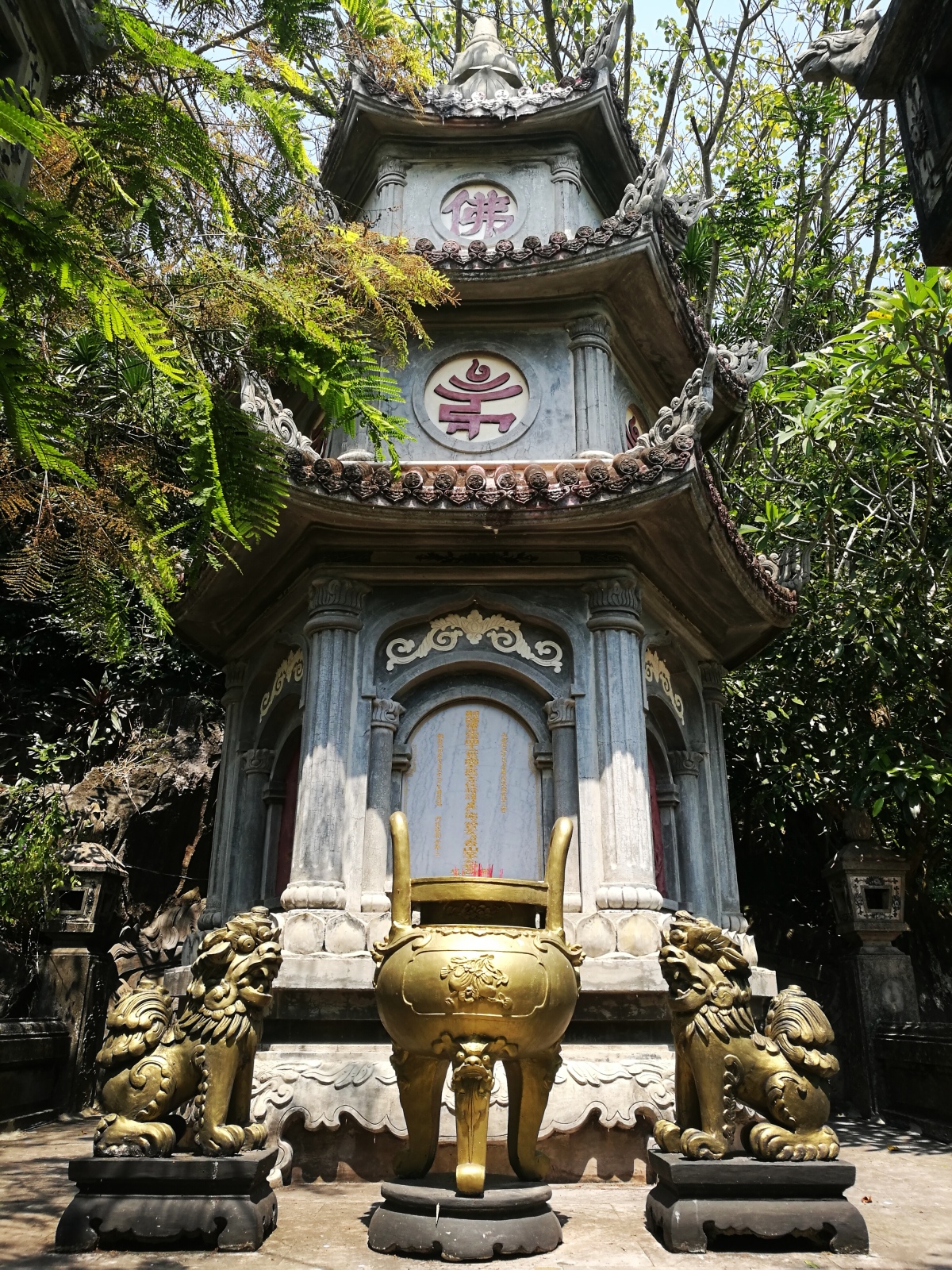 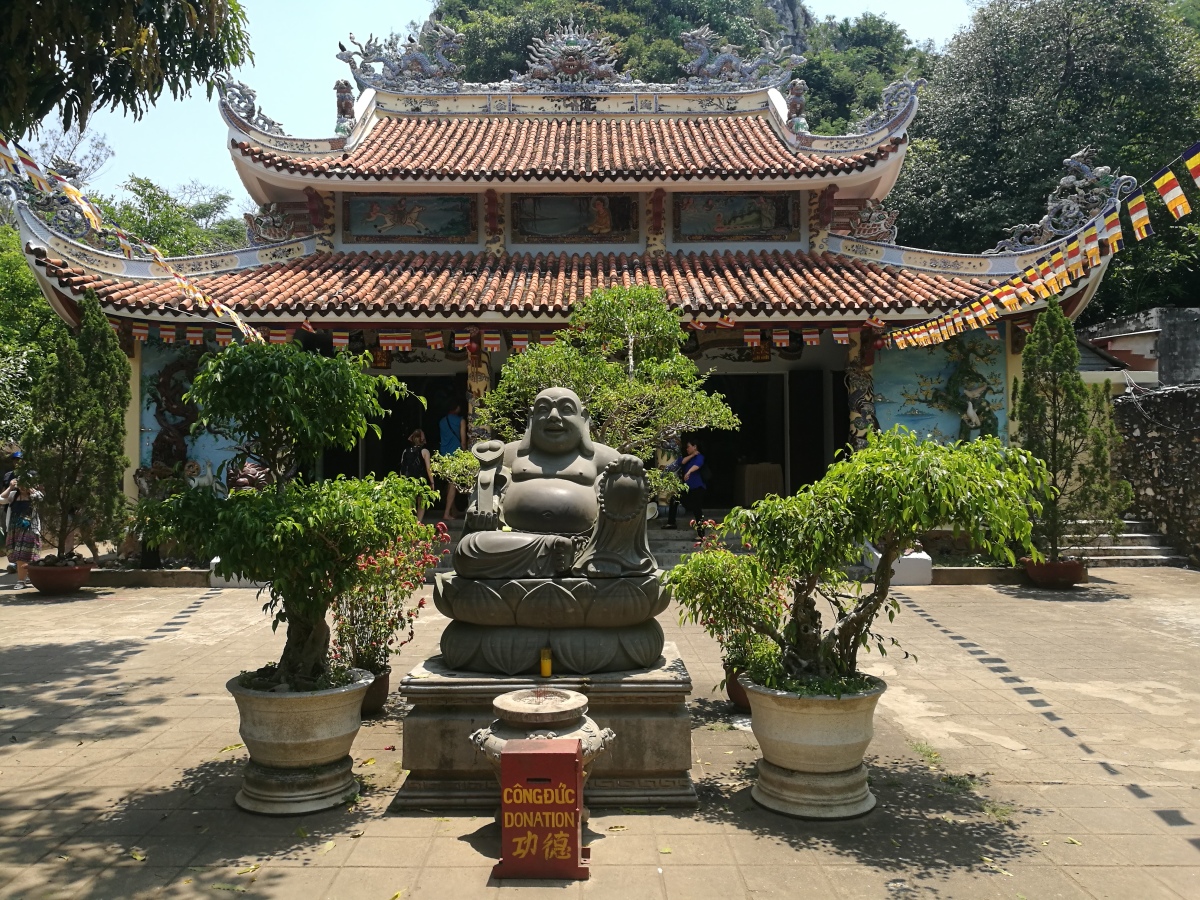 North of Da Nang, we took a little detour and drove up to Son Tra, or Monkey Mountain. At the top we were rewarded with a nice view and the possibility to play a round of Cờ tướng (Vietnamese Chess) with a true local. We didn’t find out why it was called Monkey Mountain until we drove back down again, when suddenly three of our close relatives crossed the street just a few metres in front of us.

While we didn’t know about it before, there was no way one would miss the gigantic Lady Buddha statue. On top of a hill next to the coastal road, it was visible from far. We stopped and walked around for a bit, having a look at the statue and the temples surrounding it.

Then finally, we reached the bottom of the Hai Van Pass, supposedly one of Vietnam’s most scenic roads. Since 2005, when the tunnel through the mountain was inaugurated, only a few cars and petrol trucks which are not allowed to use the tunnel use this route. The weather was beautiful and the winding road leading up the mountain made us remember some of our motorbike tours through the Swiss Alpes.
Once we arrived, we enjoyed some desperately needed refreshments and relaxed a little before making our way down and back to Hoi An. 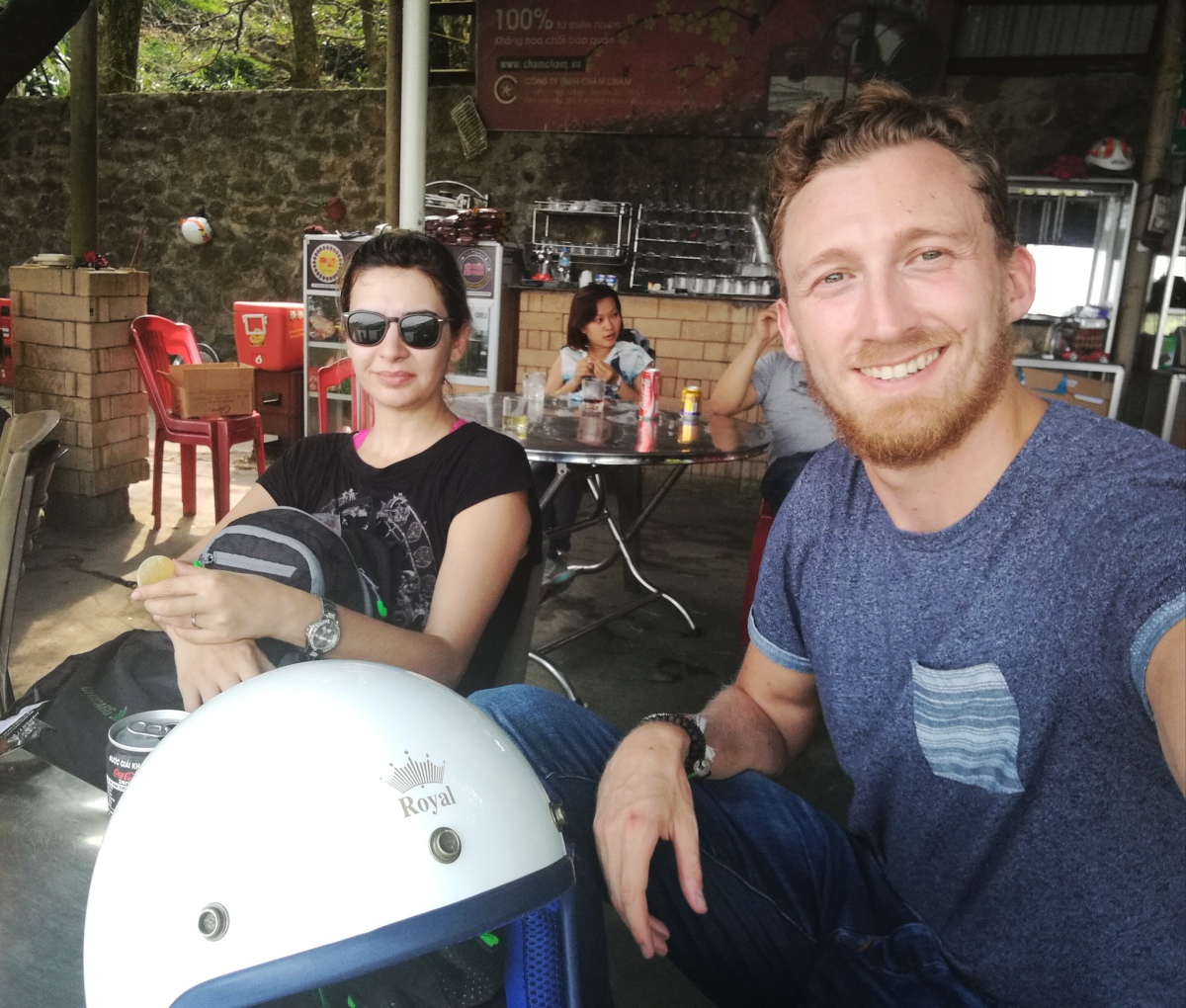 It was a great day with so many things to see and we were happy to arrive home safely and to return our motorbike in one piece.